Most companies have a logo, badge or trademark of some kind and Our Edinburgh Friends is no different. Ours is at the top left of this page, the face of a winged Putto or Cherub. Now, that might seem an odd choice for a company like ourselves but read on and you’ll see why we think it’s a perfect choice.

Princes Street is probably the best known street in Edinburgh. Today, it is the principal shopping street in the capital but this was not always so. Originally, the street was almost entirely residential, with some of the grandest houses in the city. Gradually, through the 19th century, this changed and the street was redeveloped. Shops appeared, the arrival of the railway, with major stations at either end of the street made it a good location for hotels and, with increasing prosperity, financial institutions set up substantial offices at this prime city-centre location.

One of this last group was the North British and Mercantile Insurance Company. They had been in Edinburgh for some decades and, around 1896, decided that they should consolidate all their offices into a one big headquarters building on Princes Street. The chosen design was in an Italian palazzo style, with a richly decorated exterior incorporating columns, Venetian framed windows and ornately adorned ledges with classical motifs. It was a palace of commerce, reflecting the importance of this thriving business.

The North British and Mercantile office was admired by many but by the mid-twentieth century there was a feeling in some quarters that Princes Street in general had become an unsightly mish-mash of styles and materials and that there should be a coherent plan for the street as a whole. Though Edinburgh escaped any serious damage in the Second World War, planners across the UK looked afresh at city centres and in particular, the challenge posed by motor traffic.

In Edinburgh, this led to the publication on 1st January 1949 of the Civic Survey and Plan for the City & Royal Burgh of Edinburgh. This plan was prepared by the eminent planning experts, Patrick Abercrombie and Derek Plumstead, and is generally known as the Abercrombie Plan.

The plans for Princes Street were particularly bold. The street would be rebuilt from end to end and all the buildings would feature a first floor balcony that would eventually form a continuous, elevated walkway.

In 1959, the North British and Mercantile merged with the Commercial Union Assurance Company and the HQ building on Princes Street was no longer needed. Such a prestigious location was quickly snapped up by one of the retail giants of the day, British Home Stores. However, an Edwardian financial headquarters was far from suitable for a modern department store and despite local opposition, the building was demolished. The new store was an example of 1960s brutalist architecture and featured the upper level walkway detail that planners expected would be the norm as the rest of the street was developed.

However, local concern about the Abercrombie Plan was growing and the new British Home Stores building did nothing to allay those fears. In the coming years there would be many more new buildings on Princes Street but the appetite for wholesale change had gone.

The plans for that first floor walkway can be seen in the photo below. The level of the intended walkway is above the black strip carrying the shop name. This photograph was taken after the shop closed for business. 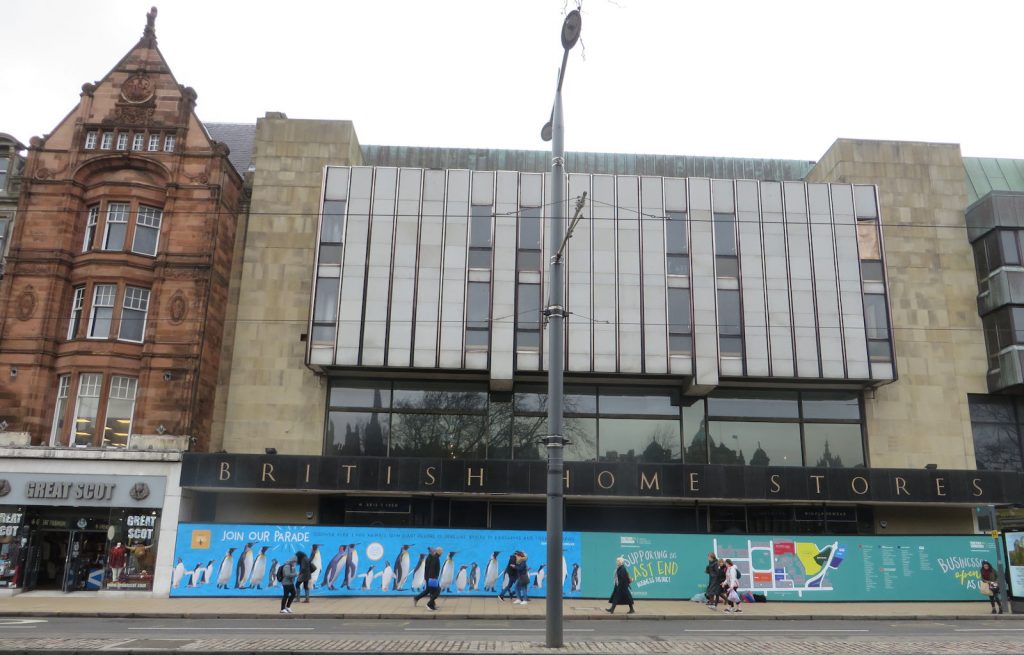 Which brings us back to our Putto. The new British Home Stores building was very slightly smaller than the North British and Mercantile building had been. There was a gap between it and the 1886 red sandstone building (formerly the Edinburgh Cafe) next door. A strip, of the old building, a little over a foot wide was left and there, at the level that would have been above the windows on the second floor, was a fragment of the decoration – a single Putto. 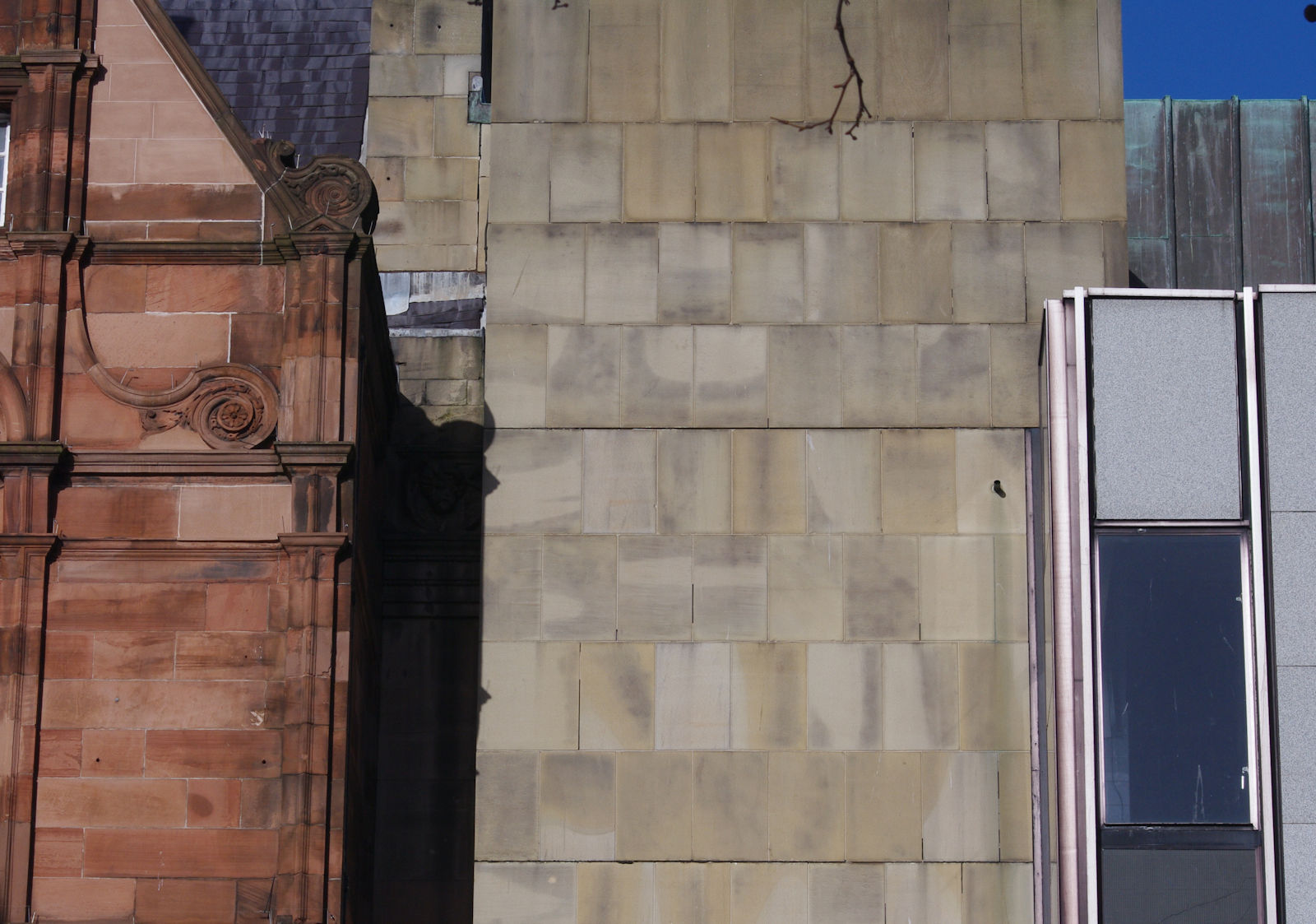 He is still there today, peeking out over Princes Street, the Gardens and the old town as he has for some 120 years. Perhaps, in an odd way, he gets the last laugh, for British Home Stores has gone, following a spectacular and controversial collapse in 2016, though the building itself is now listed. 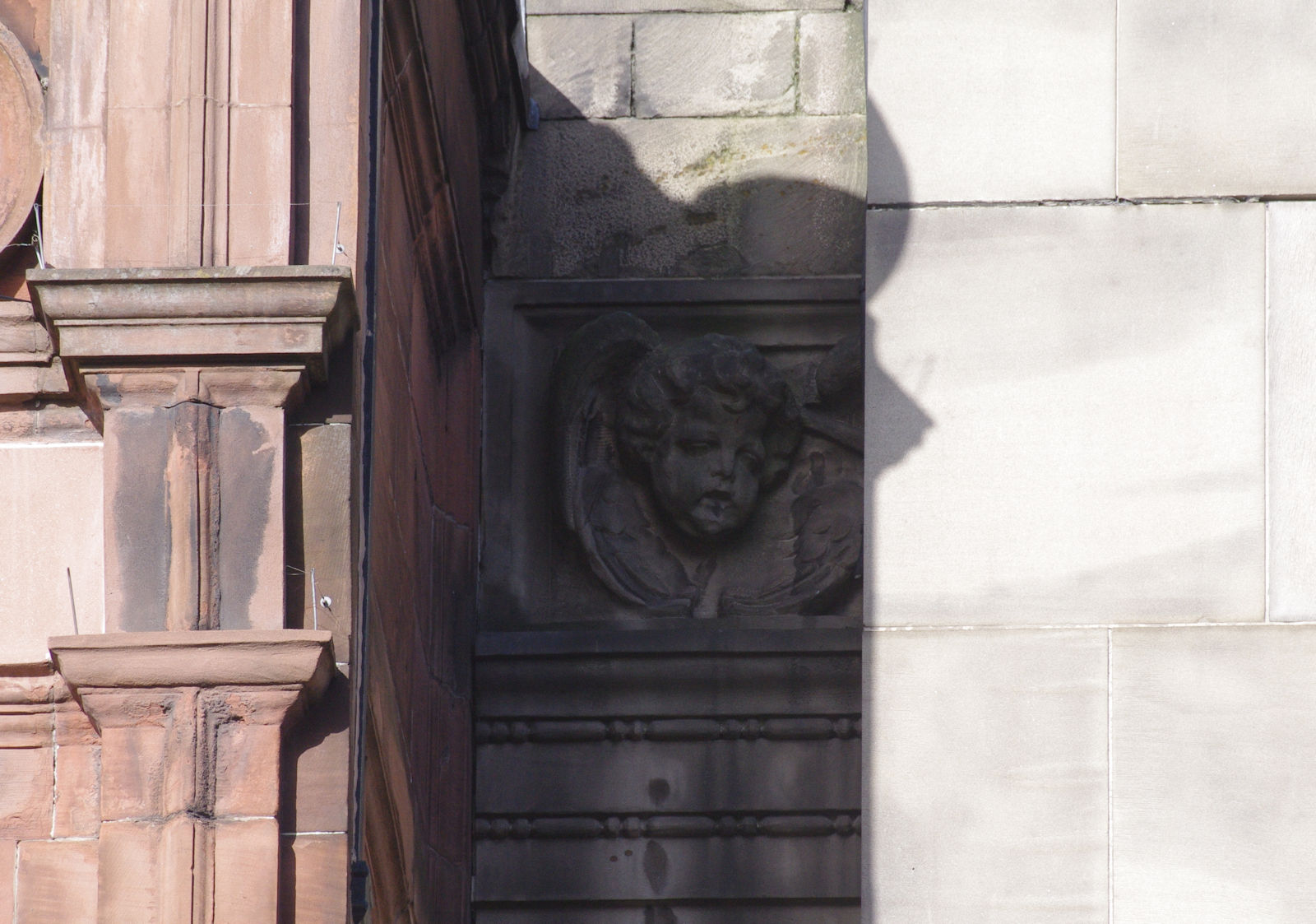 That’s why we chose him as our logo. He is an obscure detail that has survived, a feature that thousands of people walk past on a daily basis and yet never see: A memory of past times and lost places.

And that is our business, keeping alive memories, stopping the obscure becoming the forgotten and showing people what few others will ever see.

Our thanks go to artist, web genius and all-round good guy Dave Irwin of DHI design who created the line drawing of the Putto. 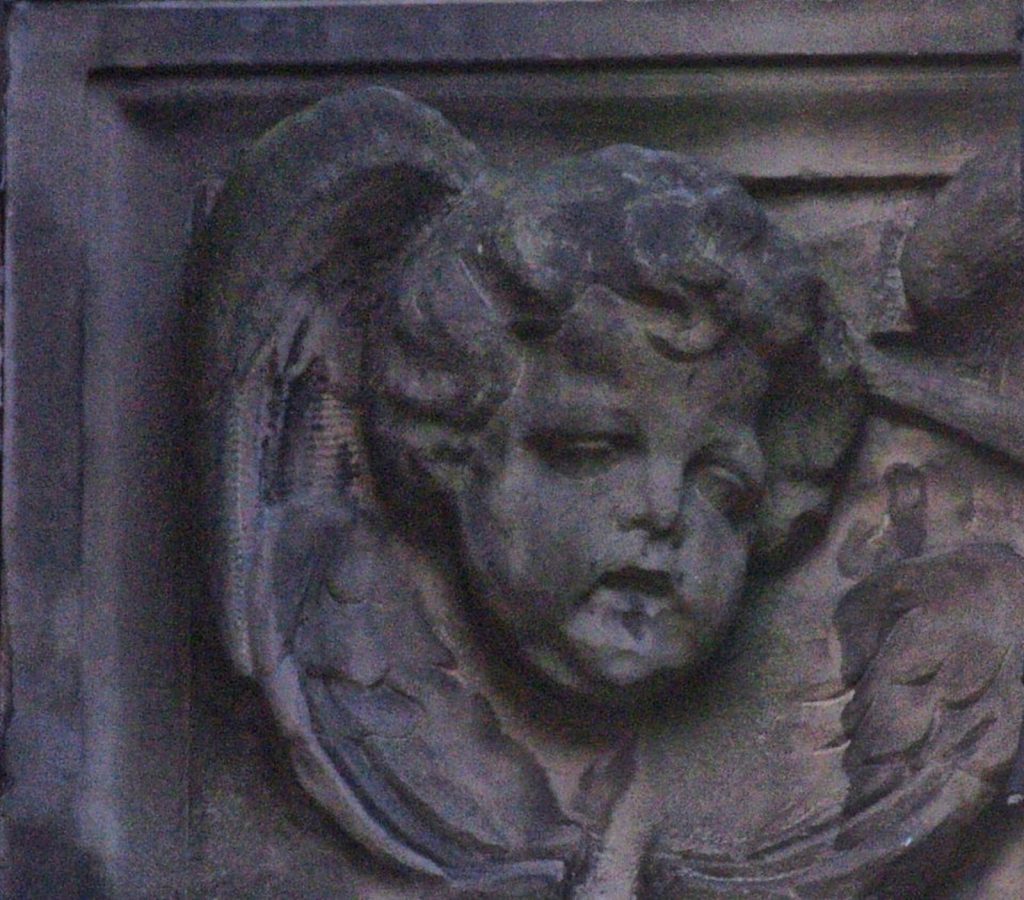